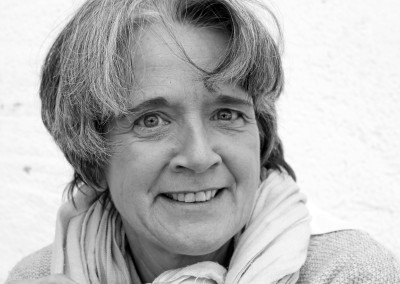 1. chairwoman of the association
Sibylle Stier teaches piano at the Musikhochschule Augsburg and works as a freelance music therapist for various institutions. She has also been organizing and leading international artistic projects in crisis areas since 2012. 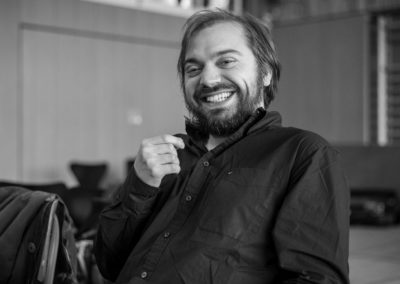 2. chairman of the association
Jean-Baptiste Schwebel studies the cello in Paris, and came to Germany in 2007. He performs since then as substitute in several major german and european orchestras, under the baton of conductors such as Claudio Abbado, Mariss Jansons, Valery Gergiev and many more. He teaches in Germany, as well as in Palestine, when an association’s project needs it. 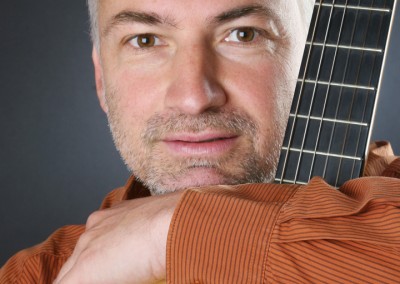 Herbert Walter is a musician and music therapist – working at the SCHÖN-Klinik Vogtareuth and as a lecturer for music therapy at the Fachhochschule Krems. He has been involved in international music therapy projects since 2014. 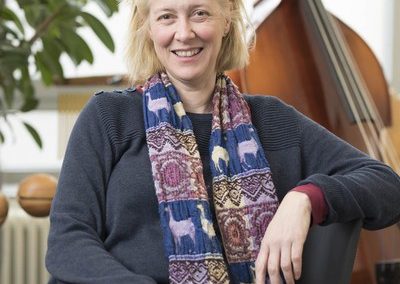 Swaantje Paetzolt works as a music therapist in a psychiatric hospital in Leipzig. She has her own practice for music therapy and systemic counselling and teaches at the J.-S. Bach Music School. 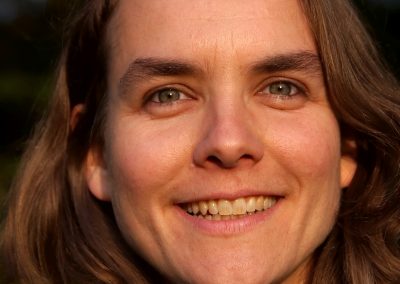 Prof. Karin Holzwarth, music therapist (DMtG), alternative practitioner for psychotherapy (HPG), music and movement pedagogue and freelance musician. Since the winter semester 2017/18 she has been professor for music therapy at the Hochschule für Musik und Theater Hamburg with a focus on physicality in music therapy. She heads the music therapy department at the State Music School for Young People in Hamburg and is a member of the Federal Inclusion Committee of the Association of German Music Schools, publishes and lectures. 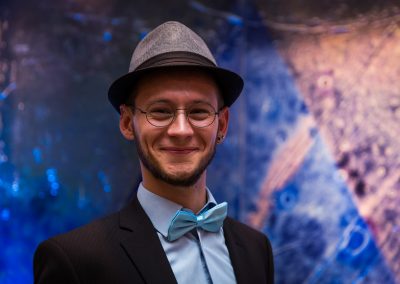 Maximilian Neumayer is a dancer, dance teacher and chairman of the association “Moja kwa Moja”. Since the summer of 2016 he has been working with young people from Behtlehem – he has held various hip hop workshops and continues to hold advanced courses. 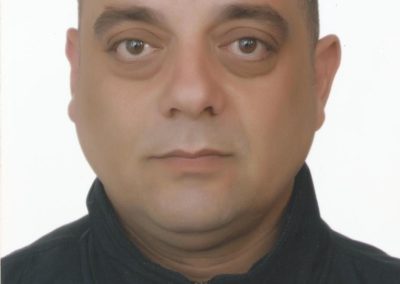 For Mohammad’s biography, please look at the board below.

Studied piano at the Musikhochschule Munich – graduated with an artistic and pedagogical diploma.

Since 1988
Lecturer for piano at the Musikhochschule Augsburg

Since 2010
Music therapist at the Rosenheim Clinic – Palliative Care

2010 to 2014
Music therapy at the curative education Rafael school

Since 2012
Music therapy and artistic work in various cultural institutions and refugee camps in Palestine:

1987
Abitur at the grammar school in Schwaz / Tyrol

1994
Scholarship to Istanbul to study music therapy at the Cherapaschaklinik in Istanbul and to attend the Istanbul Conservatory.

2002 – 2008
Teaching at the Academy for Holistic Medicine Vienna

2003
Marriage and birth of my first son Jonas, move to the Chiemgau – Marquartstein

2004
Birth of the second son Elijah

2014
Music therapy workshop in Hebron (Palestine), organized by the YES theatre there

Music therapist at the Parkklinikum Leipzig, Department of Psychiatry, Psychotherapy and Psychosomatics

Aftercare programme “Discharge and then…?”, a joint project Art and Music Therapy

Since 2010 Various workshops in clubs, schools, social institutions in the field of HipHop, Break Dance

since 08/2011 Department Coordination Music Therapy & Inclusion at the Staatliche Jugendmusikschule Hamburg
5/2010 – 09/2017 Music therapist at the children’s hospice Sternenbrücke Hamburg-Rissen
11/2004-12/2007 Music therapist in the Terra Vitalis of the Evangelical Foundation Alsterdorf
since 03/2003 music therapist at special schools/ integrative schools of the city of Hamburg and at the Staatliche Jugendmusikschule Hamburg
08/2002-04/2011 Music therapy with a coma vigil patient / private household Hamburg
09/2000 – 03/2001 Head of the choir and music group for children and young people from Afghanistan on behalf of Netzwerk/ WOGE e.V.
since 05/2000 freelance music therapist in her own practice, group and individual work
03/2000-11/2001 music therapeutic offers in the residential and nursing home Haus Tabea, Hamburg-Flottbek, for neurologically ill elderly people
12/1996-04/2003 freelance music therapist at the Caduceus-Klinik, clinic for psychotherapy and psychosomatics, Bad Bevensen, Germany
03/1995-01/1999 Music therapy with physically and mentally handicapped at the School for Ancient Oriental Music and Art Therapy

Teaching in education and training

since 10/2017 Professorship for Music Therapy at the Hochschule für Musik und Theater Hamburg
since 01/2017 Conception and implementation of the music therapy training on behalf of music can help e.V. for employees of the association “Wings of Hope for Trauma” in Bethlehem/ West Bank
01/2016 Appointment to the Federal Expert Committee Inclusion of the Association of German Music Schools by the Management and the Board of Directors of the VdM: Expert Advice for Music School Directors, Colleges and the Board of Directors of the VdM
since 08/2011 conception, organisation and realisation of conferences and symposia for the Landesmusikakademie Hamburg and the Verband deutscher Musik schulen on the topics of music therapy, music pedagogy and inclusion (special disability, cultural diversity and escape experience)
since 08/2011 Contact person North for BAMMS (National Working Group Music Therapy at Music Schools)
since 09/2010 lecturer at the HfMT Hamburg, the University Hospital Hamburg- Eppendorf, the University of Applied Sciences Frankfurt as well as nationwide at music therapy and music pedagogical congresses:
– Music therapy and vigil coma
– Music therapy in school/ music school
– Music therapy and the social mission of inclusion

since 04/1996 freelance music teacher for traditional instruments from Central Asia and the Middle East, voice, rhythm and improvisation

10/2005-09/2008 Postgraduate studies in music therapy at the HfMT Hamburg. Final thesis “Living in the field of tension of self-remembrance and self-dissolution – music therapy with a patient in a long-term waking coma” with distinction. Graduation as Diplom-Musiktherapeutin und Psychotherapie (HPG) (music therapist and psychotherapist)
03/1992-12/1995 Study of Music Therapy at the School for Ancient Oriental Music Therapy (today study course Music Therapy at the University of Applied Sciences Krems), Austria, graduation as Music Therapist
9/1989-11/1994 Studied at the Hamburg Conservatory as a music teacher with a major in rhythmics.
08/1985-08/1988 Violinist in the Youth Symphony Orchestra Rhineland-South
06/1988 General qualification for university entrance
08/1975-06/1988 Independent Waldorf School, Hamburg and Bonn-Cologne

2017 Music therapy to support the public mission of music schools. In: Association of German Music Schools (Ed.): Spektrum Inklusion – we are there! Ways to develop inclusive music schools. Bonn, VdM Publishing House, 115-120
Stay awake in 2012 – music therapy and coma vigil. On the Phenomenology of Human Consciousness. Wiesbaden, Reichert
WS 2012/13 Music therapy with lifeblood. In: twelve, issue 11 (2012/13), 18
2011 A very personal story: The Ancient Oriental Music Therapy and me. In: H.-H. Decker-Voigt, E. Weymann (Ed.): Music and Healthiness 19 (2011) Wiesbaden, Reichert, 16-18
2011 “You can do anything as if it were a playground” –
Ways of music therapeutic development promotion. https://www.musikschulen.de/medien/doks/mk11/AG%2040.pdf
2011 Life in the field of tension between self-remembrance and self-dissolution, in: Musiktherapeutische Umschau 32, 1 (2011), Göttingen, Vandenhoeck & Ruprecht, 5-21

10/2010 Johannes Th. Eschen Prize of the German Music Therapeutic Society
01/2004 Hamburger Tulpe for German-Turkish community spirit, awarded by the Körber Foundation for the project “Sound Worlds of the Orient”. 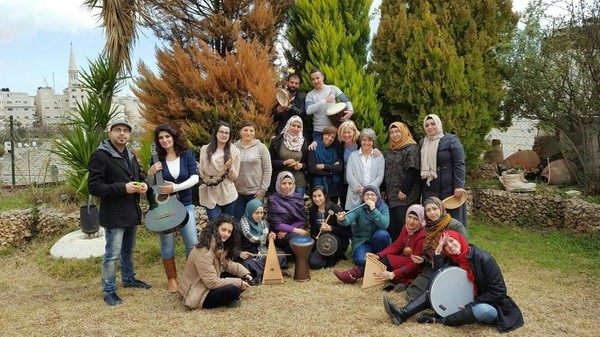 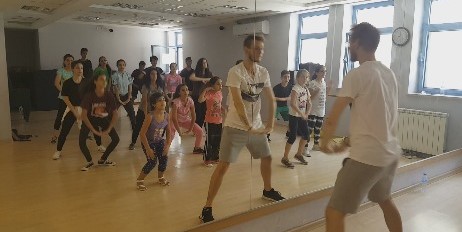 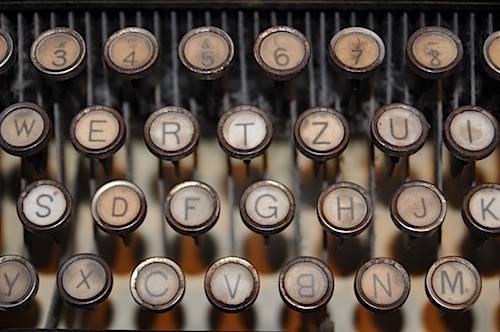 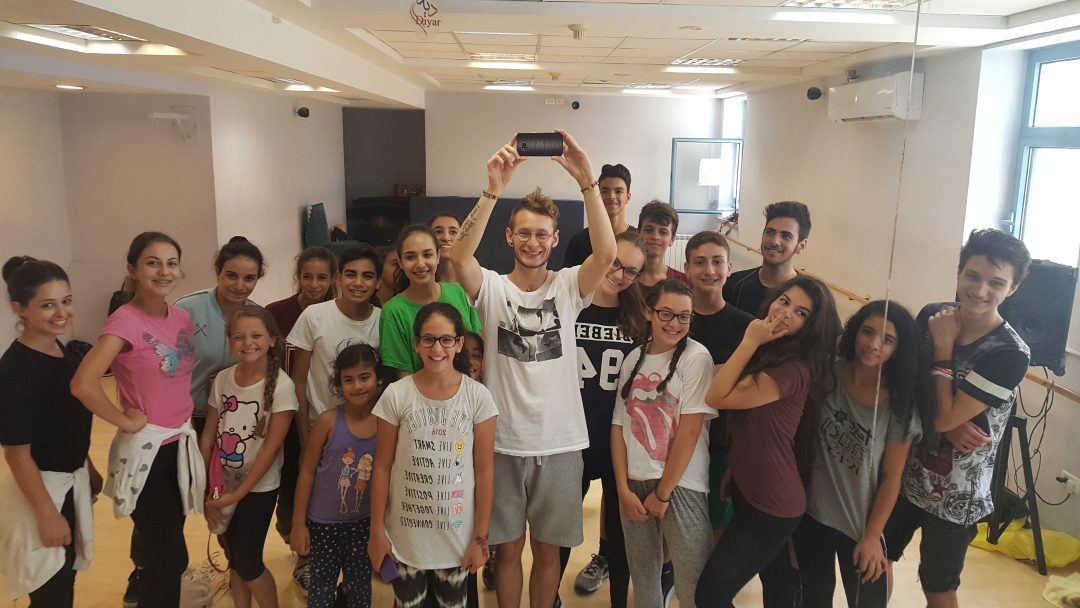 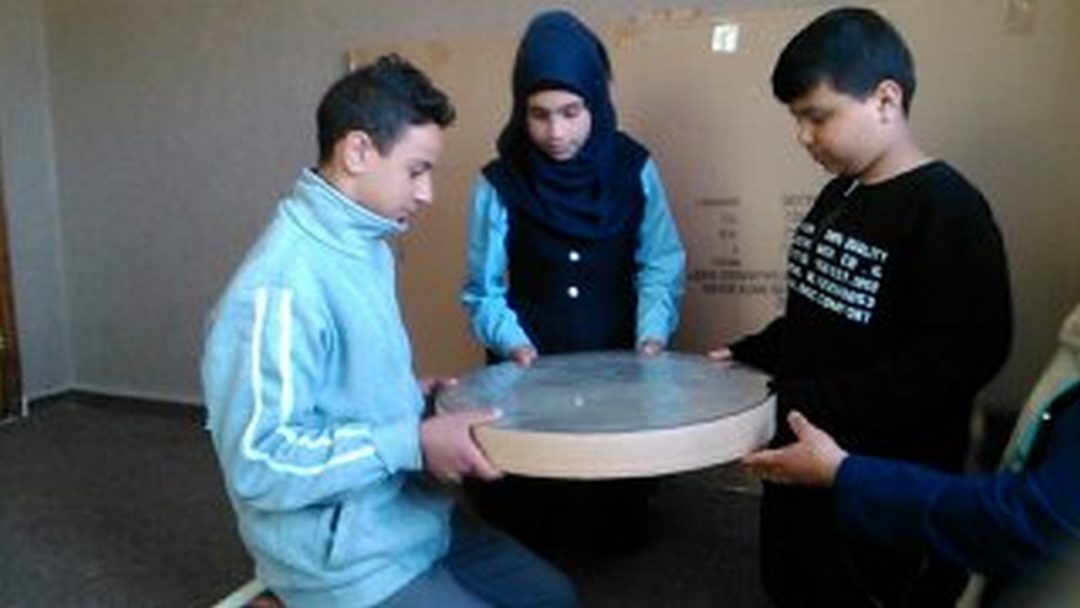 Workshop with children in Beit Hanina 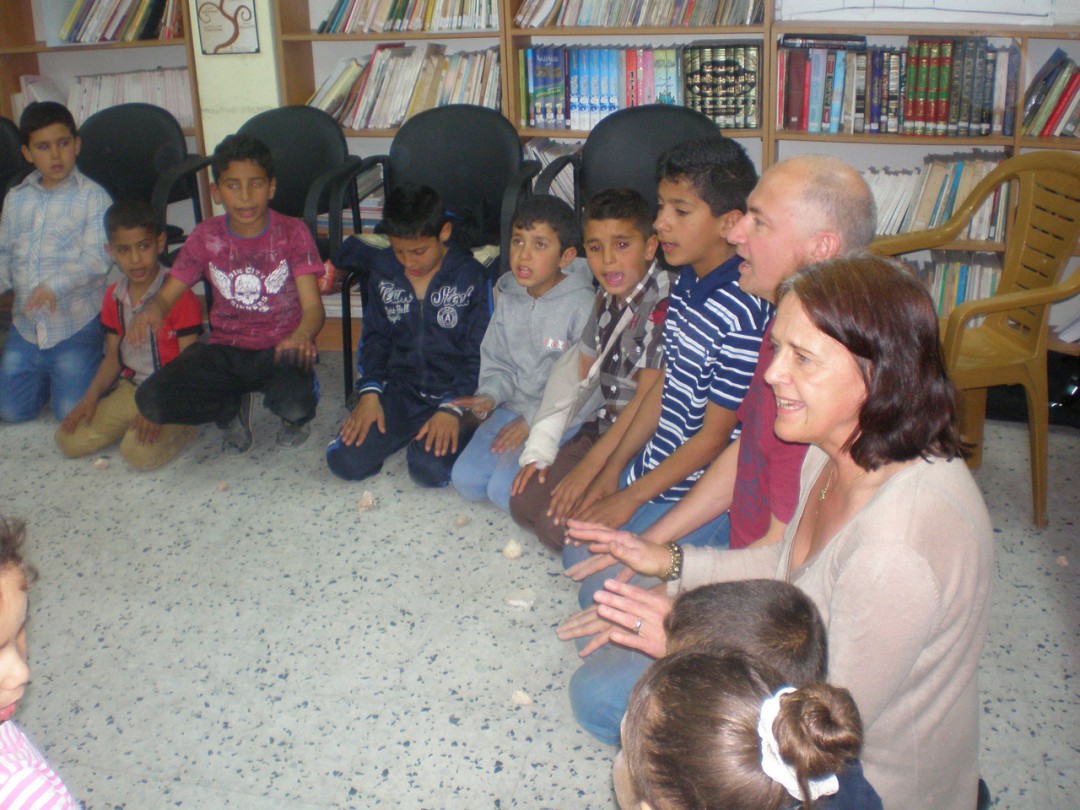 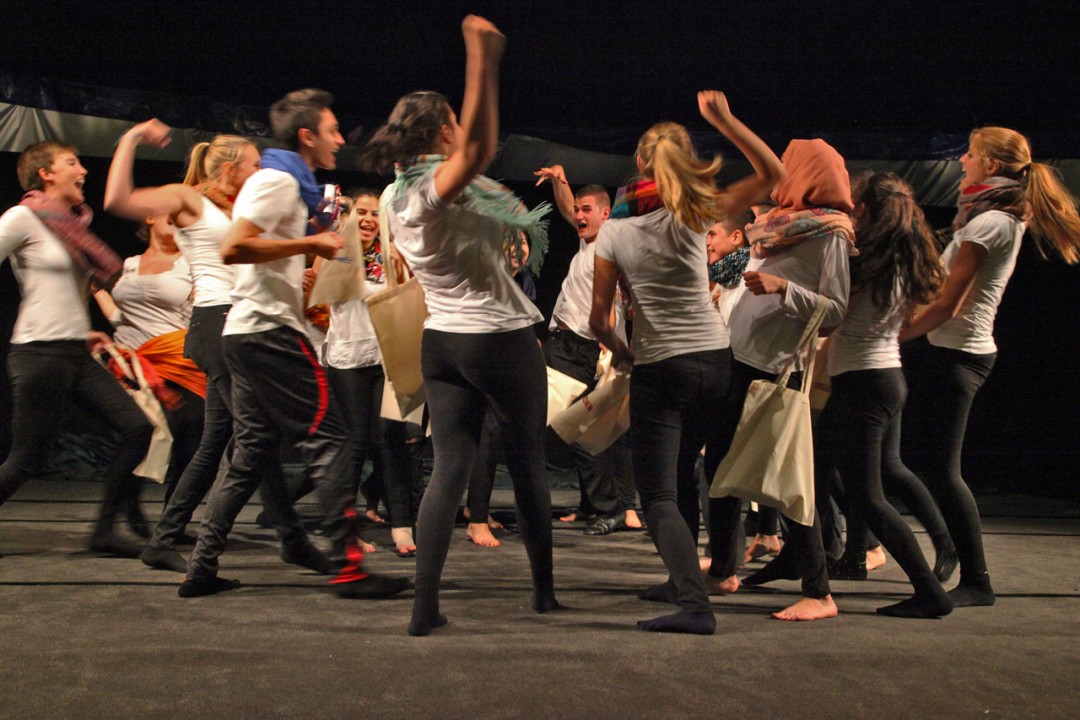