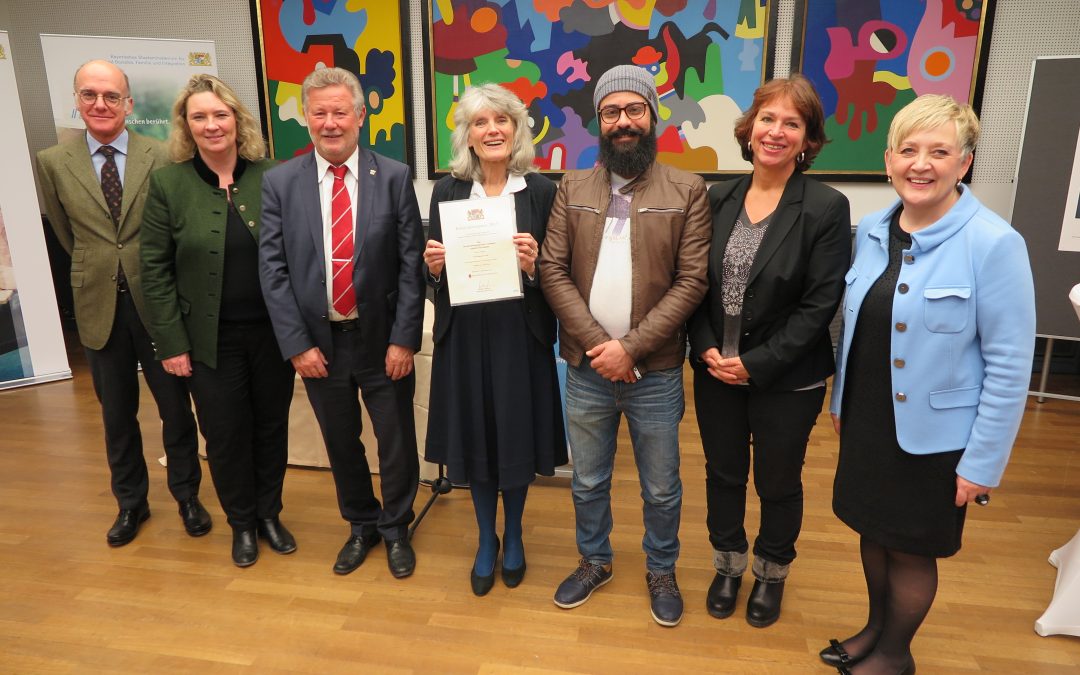 Annette Hartmann, founding member of our association, has won the integration award of Upper Bavaria. The project “Sound of the World” is one of five winners. As the main organizer of the project, Annette Hartmann, is currently travelling, her substitute Klara Fuehren accepted the award together with the Syrian Ahmad al Rahban. Al Rahban is in his early thirties and a professional dancer. Prior to his escape from Syria, he worked for the Syrian National Ballet. He has been on tour for nine years. He was intensively integrated in the integration project of Pittenhart, he elaborated choreographies and supported the project as interpreter.

Annette Hartmann and her team want to use to price money of 1,000 euros to produce a short documentary film about the project.