New theater project with students from Palestine and Rosenheim 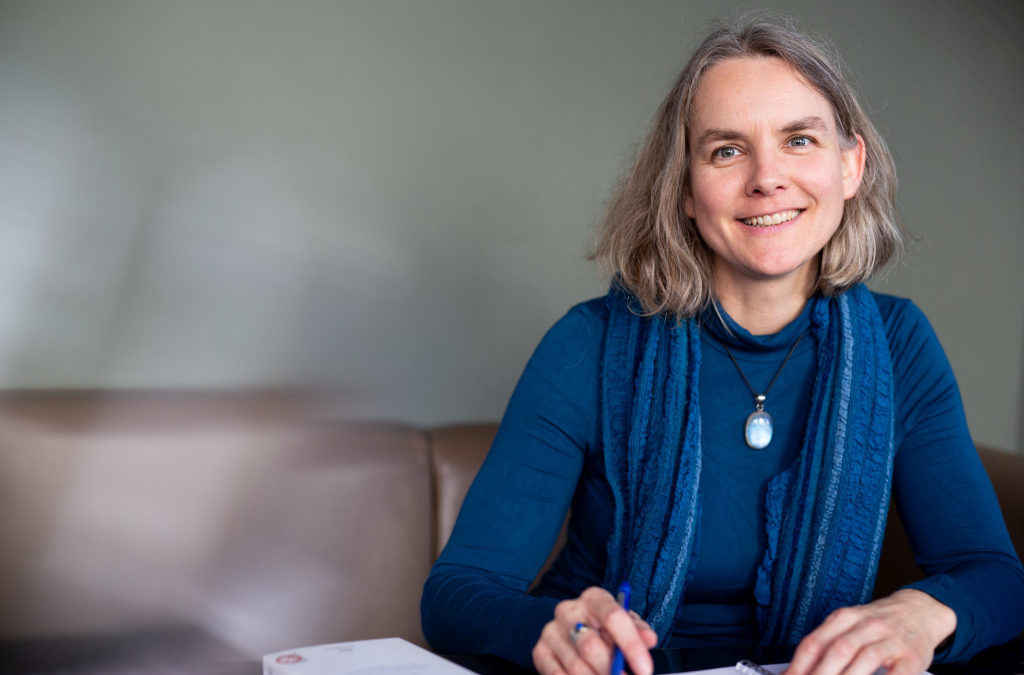 On September 6 and 7, 2019, the HfMT will host the conference “Places of refuge – war, fleeing, arrival – experiences in music therapy and music education”, co-initiated by Prof. Karin Holzwarth.

THE POWER OF THE NONVERBAL

Rhythmics – When movements arise from within

The therapist and educator living in Ottensen likes to think back to her studies at the HfMT. “My main subject in my first degree was rhythmics, so as students we were always colourful birds in the air. I really enjoyed the playfulness of this course. We had the luxury of small study groups with plenty of room for exploration. I remember how we searched for movements in long sequences with our eyes closed, exploring the space, how the movements came into being out of themselves without any action on our part. The focus of my rhythmic studies was the body-therapeutic method of eutony according to Gerda Alexander. Today I think that this direct experience of body knowledge has shaped me the most”.

Music therapy – “reading” the body of the person opposite

The wish to become a music therapist was already clear to Karin Holzwarth during her first studies. After graduating, she completed a private law education in Austria, the so-called Ancient Oriental Music Therapy / Ethnomusic Therapy. There she was taught the traditional Turkish macam system, which taught her to play a number of partly historical, classical Turkish instruments, including the knee-joint rebab, the reed flute ney and the articulated neck lute Ud.

As a young professional Karin Holzwarth first worked for seven years in a clinic for adults in psychosomatic and psychotherapeutic medicine. In the last 15 years of her professional practice, two main areas of focus have emerged for her: “On the one hand, music therapy with awake comatose patients and in the palliative area/child hospice, and on the other hand music therapy in an educational setting with children and young people. Here I have as main focuses the areas of inclusion, especially in relation to social disadvantage, disability, cultural diversity and the experience of escape. These two fields of action seem to be, and in many respects are, contradictory. What unites them, however, is the emphasis on the non-verbal, i.e. ‘reading’ the body of the other person. Here I find my first studies to be an extremely helpful basis.” In her still quite new position as Professor of Music Therapy in Hamburg, her bundled experience from decades of work in this and peripheral areas will be incorporated.